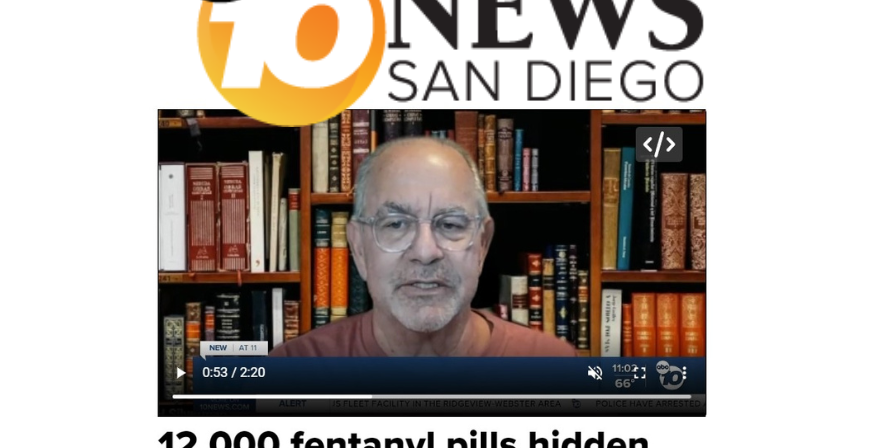 The pills were hidden inside Skittles, Sweetarts, and Whoppers packaging. The suspect tried to get away but was later detained by law enforcement.

Confidential CEO Scott H. Silverman appeared on ABC News 10 San Diego and said that it’s part of an alarming trend: fentanyl that either looks like candy or hidden inside popular candy wrappers.

Silverman and officials are urging families to sit down with their kids to discuss the dangerous drug and its many forms.