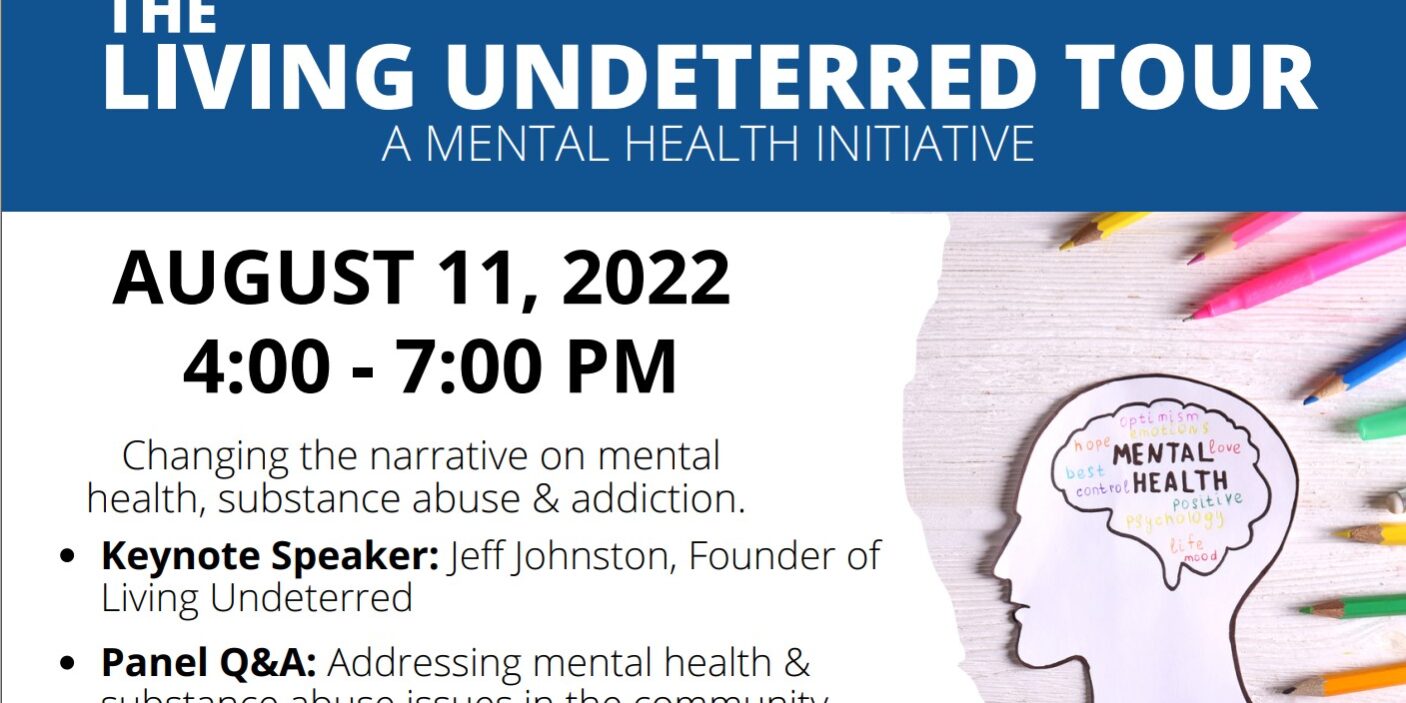 In August, Scott Silverman had the opportunity to get involved in the Living Undeterred Tour. Organized by Jeff Johnston, this mental health initiative travels the country, attempting to change minds—and maybe even lives.

In short, Living Undeterred shares the goals of every advocate for ending the opioid crisis and raising mental health awareness:

Like many fighting in the battle against the opioid crisis, Jeff Johnston’s inspiration for this initiative sprang from tragedy. In 2016, he learned that his oldest son, Seth, had died from an overdose. The culprit? Heroin laced with fentanyl. Jeff decided to take action.

Jeff’s experience demonstrates the devastating domino effect of addiction, but just as Jaynee Poulson spoke about giving pain a purpose, Jeff out his pain to work. He told his sons, essentially, that they could be angry or they could act, and they chose to act.

In 2020, Jeff and his family founded the Choices Network. Later, he wrote a book called This One’s for You. Finally, to continue spreading the word, he took to the road with the Living Undeterred Tour.

On August 11th, Confidential Recovery and the National Council on Alcoholism and Drug Dependence San Diego partnered with Jeff Johnston to bring Living Undeterred to the Carlsbad Library.

Experience a taste of the event by watching the live stream here. Key takeaways include:

How You Can Help Spread the Word

Help Jeff Johnston and the Living Undeterred movement by joining the fight against the opioid epidemic. There are a few ways you can make a difference:

In 2016, when Seth died, the CDC recorded 63,600 overdose deaths. In 2021, that number jumped to more than 100,000. How many grieving friends and family members were left behind? How many will be left behind this year?

Get involved in the Choices Network to help raise awareness. Get in touch with Scott if you need immediate help.

These men have the same goal—to end the opioid crisis for good. For now, however, they’ll settle for helping one more person enter recovery and save someone from experiencing the grief that Jeff Johnston felt at the loss of his son.

The New Opioid Epidemic Audiobook Can Help You Face the Opioid Crisis
November 3, 2022