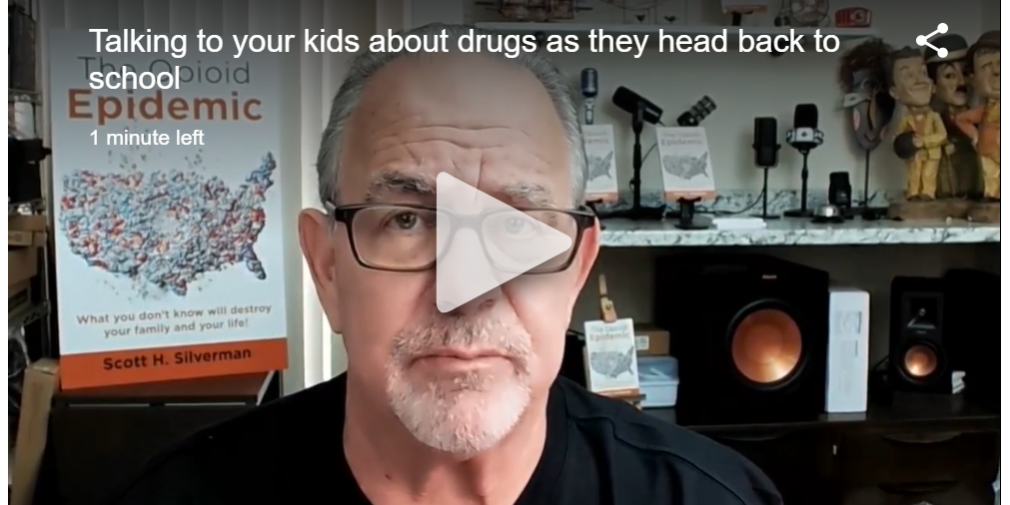 With opioid overdoses at an all-time high, it’s more important than ever to talk to your kids about drugs as they head back to school. Scott H. Silverman recently appeared on Fox 2 Detroit to reach out to parents and share his message. View the entire segment here.

As the Centers for Disease Control and Prevention reported last week, there were 93,000 drug overdose deaths in the United States in 2020, a nearly 30 percent increase from the previous year and the largest single-year increase ever recorded. In San Diego, opioid overdoses have risen 400 percent as drugs become cheaper, more available and more potent.

Addiction expert, crisis coach and family navigator Scott H. Silverman warns parents that now is the time to talk to their children about drugs and addiction. “A lot of the overdose increase is because of counterfeit medication issues, where kids are at parties or with friends taking what they think are prescription drugs that are actually laced with fentanyl, a highly potent and deadly drug,” says Silverman.

Especially as young people go off to college and or return to high school this fall, there are enormous risks as kids find themselves in potentially dangerous positions. Mitigating those risks begins in the home with parents offering information, open discussion and lots of listening.

“This crisis is something that we as individuals within our family structure have to deal with and start to talk to our children and really encourage them to think before they act,” Silverman says. “There’s a reason kids are making these un-informed decisions, and we can change that, we can empower them.”

Silverman suggests several key steps to get the dialogue going:

Named a CNN Hero for his efforts to battle the opioid crisis, Silverman is CEO of Confidential Recovery, an intensive outpatient substance abuse recovery program in San Diego. Now sober for more than 35 years, Silverman uses his own experiences with addiction and depression to help others overcome their issues. “At the end of the day, I’ve lived it and I understand it,” Silverman says.