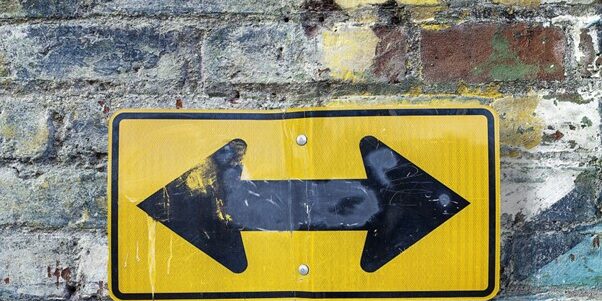 It can be hard for those with substance use disorder to realize they are on a path of self-destruction. However, every once in a while, someone is self-aware enough to recognize the signs they are headed towards a future they don’t want.

They come to a fork in the road.

In June of last year, Scott interviewed Tom Sayer, a man he met through an anonymous program who had come to this fork and chose a new direction. This was in 1989, after receiving his third DUI. He had been practicing law for four years. He was in danger of losing his job, but his employers let him keep it under the condition he attend Alcoholics Anonymous. The state also required him to complete a one-year SB 38 program.

At this point, he had two choices:

Tom chose option number one—but then he received his coin for thirty days of sobriety.  Something changed in him then. He chose not to backtrack. He decided to stay on this new path that offered a brighter future.

The more people talk about their recovery journeys, the more we will reduce the stigma surrounding addiction. The more familiar people will become with recognizing the signs of addiction in loved ones and themselves. Hopefully, more people will realize when they come to a fork in the road of addiction and choose a path to recovery.

Here are a few signs that you may be at a fork in the road of your addiction:

Tom talks about how, even after college, he’d go out with the intention of having one beer and have one (or several) too many. Then he’d drive home.

Tom says he heard a PSA on the radio discussing signs of alcoholism—and he realized that those qualities described him to a T. Follow the link to a list from Bustle.com describing nine signs that you are becoming addicted to something. If you identify with the majority of the article, don’t ignore it. Seek help.

3.   Other people believe you need help.

Scott is the Founder and CEO of Confidential Recovery, an drug addiction treatment program in San Diego.

7 Telltale Signs Your Loved One Has an Opioid Addiction
July 27, 2022

What Parents Need to Know About Pushing Kids Too Hard
July 21, 2022

On The Stigma Surrounding Recovery And How Zoom Might Be The Answer
July 19, 2022

Addiction and the Military: Soldiers Can Struggle, Too
July 13, 2022

4 Tips For Embracing Sobriety When No One Else Is
May 18, 2022
Recent posts
Recent comments