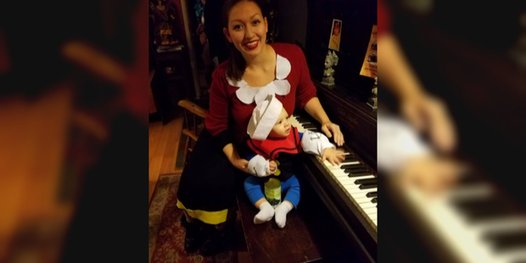 Every year, about 5 million Americans, most of whom are adolescents and young adults, have their wisdom teeth removed. Many of them are prescribed opioids for the pain during recovery.

The American Dental Association said that after updating its guidelines advising against prescribing opioids, dentists wrote almost half a million fewer prescriptions in 2017 compared to five years earlier.  But that still amounted to a staggering 18.1 million prescriptions — and some families are living with the devastating consequences.

That includes Ellen Earley, whose daughter Saige was a young mother doting on her 16-month-old son Julian. In 2017, 22-year-old Saige needed to have her wisdom teeth removed.  When the dentist prescribed opioids to help manage her pain, Earley said, he gave “no warning, no nothing” about the potential risks.

“In fact, he said, ‘you know, I think they gave her a five-day supply,’ and he said, ‘if you need more, just let me know. Just give a call,'” Earley recalled.

Saige quickly became dependent and got several refills before moving on to something else; “almost immediately,” her mother said, she started using heroin.

Just 15 months after having her wisdom teeth removed, Saige overdosed and died in an airport bathroom on her way to a fourth round of rehab.

“It was shocking,” Earley said. “She was gone. But mostly gone from Julian — that was the shocking part.”

Dr. Chad Brummett, who studies pain at the University of Michigan, said he’s not surprised by what happened to Saige. Brummett said that despite research showing a combination of acetaminophen and ibuprofen is better for treating pain, dentists are still prescribing too many opioids.

“For many, dental care such as wisdom teeth extraction is the first opioid exposure,” he said. “It could be like 50,000 kids each year becoming new chronic opioid users after just something simple like a wisdom tooth extraction.”

Brummett’s research found that simply filling an opioid prescription after wisdom tooth surgery more than doubled the odds of continued use among patients who had never taken those drugs before.

In light of the epidemic, the American Dental Association has released updated guidelines recommending use of alternative pain relievers, and a maximum seven-day supply when opioids are necessary.

Pennsylvania denist Dr. Joel Funari started cutting back on writing opioid prescriptions for his patients more than five years ago. “They don’t have to fill it,” he said, though he makes it available “as a tool.”

Eighty percent of Dr. Funari’s patients never fill the opioid prescription. He said taking the time to educate them reduces the likelihood they’ll actually use it.

Earley said she hopes more families learn about the alternatives to opioids after dental surgery.  Almost a year after Saige’s death, her grandson keeps asking when his mom is coming back.

“He remembers her,” Earley said. “He will take me into her room and he’ll say let’s just wait. Let’s just wait for Mama.” Julian is now 3, and will start preschool this fall.

And don’t forget, if your situation with a loved one, spouse, or child has started to spiral, call me at 619-993-2738. Scott is the Founder and CEO of Confidential Recovery, an outpatient addiction treatment program in San Diego.