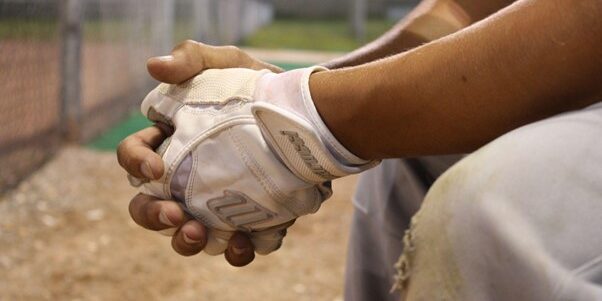 Substance use disorder does not discriminate. It does not make exceptions. Everyone knows this, but somehow, it’s still a shock when celebrities and politicians admit to struggling. Addiction is also common in athletes, whether they are rookies or veterans.

Addiction in sports can come in the form of prescription pain medication, performance-enhancing drugs, and alcohol.

In March, Scott had the opportunity to speak with former major league second baseman, Bret Boone. Bret has been open about his struggle with alcoholism and is now in his third year of recovery.

If you played sports for any length of time or know someone who has, his story probably sounds familiar. He drank socially in high school and started drinking more after his career took off. He once asked a more experienced player how he handled the pressure of a professional baseball career, and the athlete responded that he worked hard, played hard, and drank hard.

Bret fell into a similar pattern. Drinking became routine. Two or three beers became four or five, and he began throwing vodka into the mix. Alcohol helped him “flip the switch” and turn off the noise in his head. He was functioning and experienced no repercussions, which meant he had no motivation to quit.

His major spiral came after retiring. He began hiding his drinking from his family. He’d drink five beers at the golf course, come home and have another, and it would seem like he was cutting back. To some degree, he was aware he had a problem. He checked himself into rehab several times, only to restart his old pattern.

Bret wasn’t ready to work on himself until he met a fellow golfer who was in recovery. The man was kind, professional, and Bret could relate to him. He asked for help.

During the podcast, Bret made a compelling statement: “Sobriety is remarkable.”

He’s become a more reliable friend and a more present father. He is able to help others like himself.

However, he remains frustrated at the amount of enabling that occurs in professional sports. People want to keep the athletes happy; they want to stay on their good side. There aren’t many people willing to dole out the “tough love” that addicted athletes need.

How To Help Someone Who You Fear is Abusing Alcohol

When asked how friends and family can help loved ones who are facing addiction, Bret had two pieces of advice:

Just be there for them when they’re ready.

To this day, Bret can’t say for sure whether or not his alcoholism was the reason he retired from baseball. He stopped playing because he’d lost his passion for the game—but he admits that he didn’t feel passion for anything until sobering up.

In 2014, 44% of male student-athletes reported binge drinking, while 33% of female student-athletes admitted to engaging in the same activity. The 2015 book Drugs in Sport cites anxiety and peer pressure as significant factors in alcohol use among professional athletes.

Major League Baseball is trying to step up to the plate by providing more mental health resources and updating its drug policy. For now, however, most of the help athletes receive seems to be from peers who have battled the same demons.

And don’t forget, if your situation with a loved one, spouse, or child has started to spiral, call me at 619-993-2738. Scott is the Founder and CEO of Confidential Recovery, an outpatient addiction treatment program in San Diego.